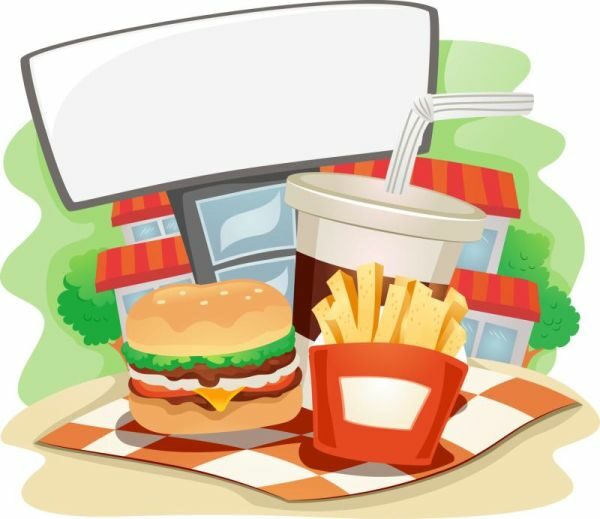 Processed foods are those that, in general, go through a series of steps, techniques and also the addition of other ingredients and chemicals.

Most of these products require a lot of procedures, and as the name implies, they are produced directly in the industries and from there they are transferred to our table.

In general, they are products that come ready or semi-ready for consumption.

Each of these procedures mentioned above has a function for the food.

It can be to give them more flavor and texture, enhance the color, increase the shelf life, prevent them from perishing during transport and storage, and even make better use of the edible parts.

What types of processed foods?

Processed foods can be divided into three groups, minimally processed, processed and ultra-processed. For each of these there is an intensity of changes in natural foods.

However, not all are produced in factories and industries. Despite the name, minimally processed and processed foods can be made from home to bakery.

Check out each of the types of processed foods below.

What is a minimally processed product?

As mentioned above, minimally processed foods are those that, before being sold, undergo simpler procedures, such as cutting, washing, peeling, grinding or adding sugar and salt. Generally, these processes are designed to make foods more practical, safer and more palatable.

Check out the list of some minimally processed foods below:

What is a processed food?

Processed foods are those that during manufacture, salt, sugar and additional chemicals can be added that can extend the shelf life and also maintain the flavor, color and character of the food. Generally, it is the sausages or canned ones that are most remembered.

Most of the food consumed undergoes some type of processing in homes, food services or industry. Therefore, homemade products can also be called processed.

These modifications during preparation can be very large (such as adding chemicals) or minor (such as baking homemade bread).

What is an ultra-processed product?

Ultra-processed foods are those that do not originate anywhere but in industry, that is, foods that are not found in nature. Some are even made in laboratories and require a lot of techniques and steps to be ready to be consumed.

For manufacturing, it is necessary to add or provide actions that alone would not occur. For example, adding meat or barbecue flavors to corn chips.

What are natural and processed foods?

Natural foods, or so-called in natura, are those that, after leaving nature, do not undergo any type of industrial or chemical processing for consumption. And, therefore, they better conserve their nutritional properties, for example:

They contain fewer additives, less dyes or chemicals that are harmful to your health. Furthermore, they contain important nutrients such as vitamins and minerals.

Industrialized products are those found on shelves in markets and bakeries. The most representative of this food category are those that come in packages, such as:

It is worth remembering that industrialized products often seem to be less harmful to health. For example, a sugar-free soda has less carbohydrate and calories than an orange juice.

However, the industrialized drink does not offer any nutrients to the body. Rather, it is full of additives and preservatives.

Therefore, it is not enough to think about calories when it comes to health.

Are processed foods bad for your health?

Potentially yes, a diet rich in processed products is generally more caloric, less nutritious and also contains chemical additives. As a result, the risk of cardiovascular problems and other diseases increases.

Due to the large mixture of substances and the large number of processes, they are generally rich in sugar, contain large amounts of additives (dyes, preservatives and texturizers), are poor in nutrients and rich in bad fats.

If a person consumes this type of food daily, it is important to be careful.

As we’ve already talked about, in the long term they can cause a series of harms, such as high blood pressure, heart disease and obesity.

Each one of them can bring some kind of health complication. The most common are:

Found in large amounts in processed products, sugar could be the villain in this story, as it has the potential to cause heart disease.

In addition to being considered caloric, which contributes to being overweight, it also favors insulin resistance.

That is, when our body cells respond less and less to the hormone’s presence, increasing the chances of diabetes.

Diet soda can cause serious complication of diabetes

Due to the high levels of sodium present in processed foods, they can also be considered one of the risk factors for hypertension.

Processed meats like bacon, ham, bologna and sausage are examples of industrial foods that are high in sodium.

Therefore, it is important to pay attention to the packaging of these foods and, if possible, increasingly reduce consumption.

In addition to increasing the risk of heart disease, processed foods can also cause obesity.

The high caloric value present in these foods, together with the amount of simple carbohydrates and bad fats in their composition are capable of causing overweight if consumed daily.

The large consumption of these foods can lead to an increase in triglycerides, the so-called bad cholesterol.

That’s because they contain so-called saturated fats, which lead to increased cholesterol.

Along with weight gain, the body is more susceptible to inflammatory cells.

Processed foods are part of many people’s daily diets, so you need to find a way to reduce the damage and harm caused by them.

Consuming natural foods is more beneficial to your health.

Cinnamon tea: what is it for? Benefits and contraindications

Does magnesium chloride lose weight? How does it work in the body?