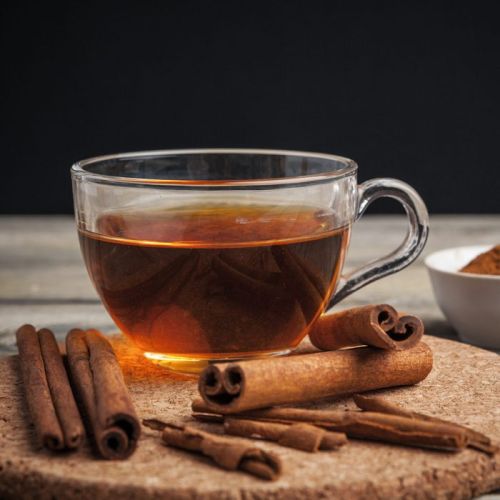 Cinnamon is an Asian spice from Sri Lanka, obtained from the inner bark of the trunk of the Cinnamomum tree. It is characterized by its strong flavor and fragrant aroma and its tea has health benefits, but it is important to pay attention to its contraindications.

It is also quite common for cinnamon to be used in the preparation of beverages such as teas, coffees and liqueurs and this is where our subject begins.

What is Cinnamon Tea?

Cinnamon tea is well known to many people who enjoy a hot drink with a more intense flavor. Thus, it can be done either with the infusion of sachets, sold in small boxes, or with cinnamon sticks. In addition to its flavor, the drink is consumed for its health benefits, due to the potentially beneficial properties it has.

In this sense, phenols are pointed out as likely responsible for these actions that can:

In addition, the drink is also closely related to weight loss, being a thermogenic that can help with weight loss. That is, it can increase the metabolic response a little, making the body burn more calories during digestion.

On the other hand, cinnamon tea is also often associated with the risk of miscarriage, as it induces mild uterine contractions. Therefore, it becomes contraindicated during pregnancy.

What is it for? 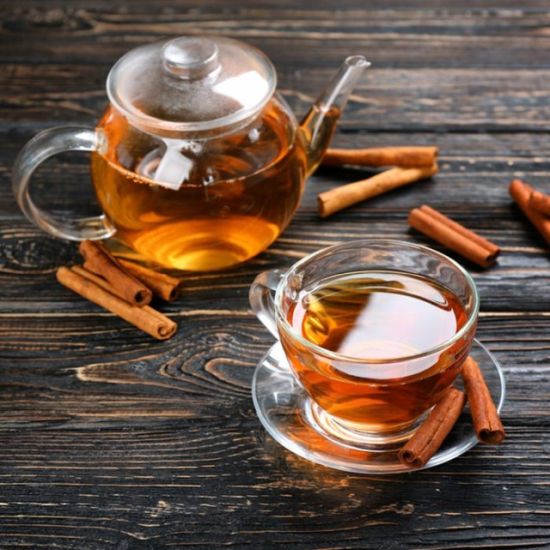 Because it has several nutritional properties, cinnamon tea can also have several functions, from the most everyday, such as warming the body and relieving pain, to more specific purposes, such as the treatment of some diseases.

Thus, this drink can be used to help control blood sugar, as it has a good amount of chromium, a nutrient responsible for improving insulin sensitivity and helping to control glycemic levels.

As mentioned above, as it is a thermogenic food, the spice increases caloric expenditure during the digestion process, which contributes to weight loss. So, whoever is looking to lose weight can count on the help of cinnamon tea. As long as associated with other healthy weight loss factors, of course.

Another reason to consume cinnamon tea is that it has antioxidant properties, that is, it neutralizes free radicals that can damage our body’s cells. With this, the drink acts to prevent premature aging, helps to prevent tumors and degenerative diseases such as Alzheimer’s.

It is noteworthy that cinnamon (whether in infusion or used in cooking) is a natural anticoagulant, which reduces the risk of circulatory problems. Thus, it is very good for those who suffer from swelling in the body, for example.

Benefits of cinnamon tea: what is it good for?

Cinnamon tea can bring several health benefits, as the spice is nutritionally rich in fiber, manganese, calcium, iron and vitamin K. Plus, it’s sugar and fat free. Therefore, some beneficial health effects are:

Prevention and control of type 2 diabetes

Studies show that cinnamon tea may contribute to increased sugar metabolism in fat cells. In other words, the drink helps in the prevention and treatment of type 2 diabetes, as well as cardiovascular diseases.

Cinnamon has among its nutrients chromium, which is responsible for increasing insulin sensitivity. It also works by improving glycemic control, helping to prevent spikes in blood glucose in the body.

In addition, cinnamon also has in its composition the polyphenol MHCP, which is an oil with antibacterial, analgesic and antiviral action. It also regulates insulin levels in cells, reducing blood glucose levels.

Read more on: Why does blood glucose increase after a meal?

Likewise, it contributes to the control of cholesterol in the body, being a good ally in the diet of those who have problems such as fat in the liver (hepatic steatosis) and helps to prevent the development of arterial diseases by controlling the levels of triglycerides. 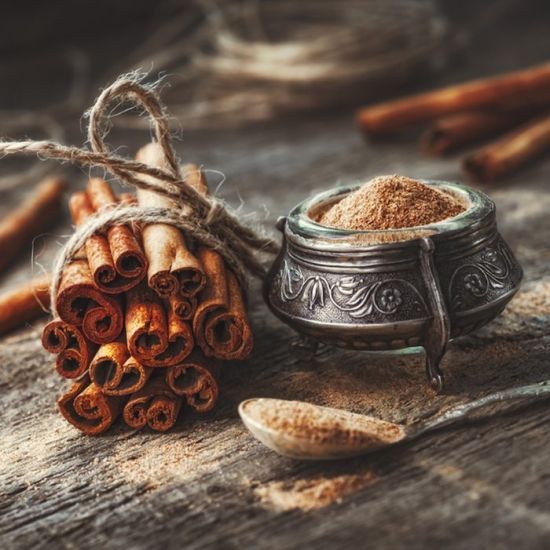 Cinnamon stimulates the immune system and helps improve the body’s response against viruses that cause colds and flu. In addition, when combined with ginger, it can have its effect enhanced, as an anti-inflammatory and alleviate more respiratory symptoms.

The spice is considered a thermogenic food, that is, it increases our body’s caloric expenditure during metabolic processes (transformations that chemical substances undergo within living organisms) and digestion. Therefore, we can say that indirectly, it ends up helping in the weight loss process.

Drinking cinnamon tea can help fight menstrual cramps. That’s because it improves blood circulation and helps regulate some substances that cause strong contractions and cramps. Therefore, tea helps to reduce symptoms of premenstrual tension and during the first days of the cycle.

How to make cinnamon stick tea?

And the powdered cinnamon tea?

As we have already seen, cinnamon is very beneficial to health and a good way to ingest it is with the infusion of the powder, which should not be boiled with water, as this can cause it to lose most of its nutrients.

So, prefer to add the ingredient after removing the water from the heat and wait a few minutes for it to release its properties and aroma. Drink the tea still hot. 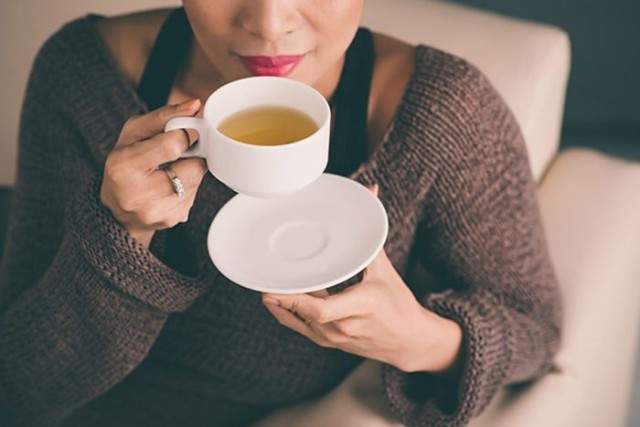 It is recommended to drink the powdered cinnamon tea right after preparation. If stored or refrigerated, it can become bitter and lose the spice properties (which does not happen when using cinnamon sticks). Therefore, check out a recipe option below:

Therapeutic cinnamon tea: how to do it?

Adding other ingredients to the drink can make it even more potent for health. Here are some ways to prepare it:

Cinnamon and ginger, combined, have antibacterial action and speed up metabolism. Thus, it helps in the digestive process, has antiviral action, treats and prevents flu and colds, relieves pain, has a slimming action, among others.

Often used together, cloves and cinnamon are very aromatic spices and are part of many people’s eating habits. That’s because the two ingredients are very beneficial to health and together act to accelerate metabolism and control blood sugar levels, as both have antimicrobial and antioxidant action. 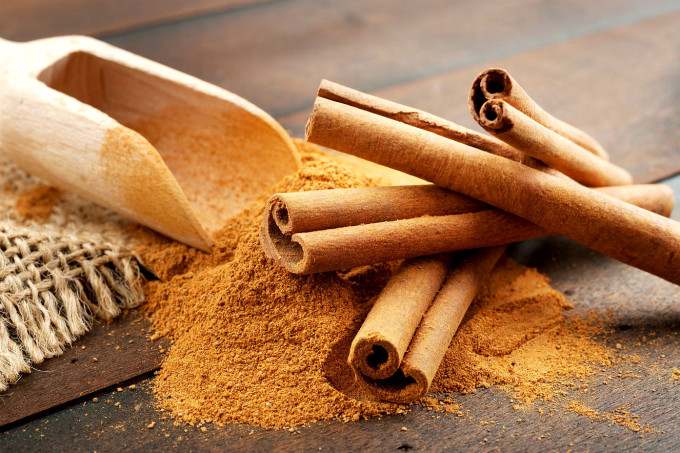 Cinnamon and lemon combined form an excellent vitamin complex that boosts immunity. They have anti-inflammatory properties and are widely used to treat conditions such as arthritis, which is inflammation of the joints. In addition, both help speed up metabolism and can be allies in the weight loss process.

As seen throughout the text, cinnamon tea is a thermogenic that can help in the weight loss process. However, it is important to emphasize that weight loss results are not achieved just with the consumption of cinnamon tea. Therefore, you need a balanced diet and regular physical activity 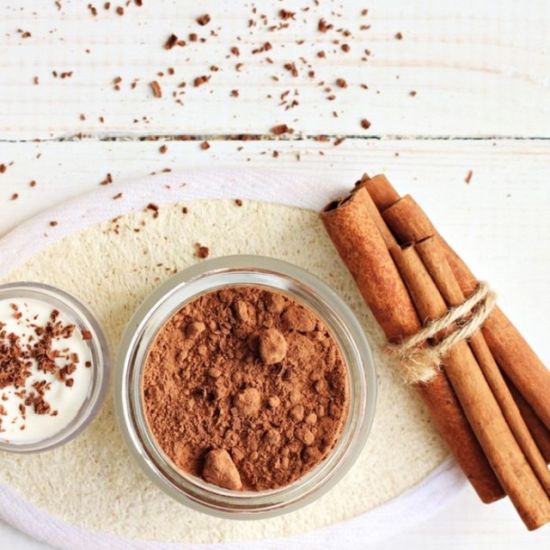 Although cinnamon is beneficial to health, it may have some contraindications if consumed in excess. Therefore, it is important to emphasize that its consumption may vary according to each organism. Therefore, it is always important to consult a doctor to confirm whether or not the ingestion of the spice is safe in your individual case.

Check out some cases in which cinnamon tea may be contraindicated:

The consumption of cinnamon tea is not indicated for pregnant women, regardless of the period of pregnancy. This is because drinking can cause an increase in contractions in the uterus, which is a risk factor for pregnancy and can lead to miscarriage. Likewise, the consumption of the spice is not recommended for women who are breastfeeding.

Cinnamon tea is indicated as a hypoglycemic, that is, it helps to reduce the glycemic index in the body. Therefore, people who already have hypoglycemia should avoid drinking so as not to potentiate the symptoms of the condition.

People who suffer from liver and kidney problems

While it can be positive for treating fat in the liver, cinnamon has a toxic substance called coumarin, which in high concentrations can harm the liver and kidneys. Therefore, it is always worth talking first to an expert who takes your case into account.

Anyone suffering from high blood pressure should consult the treating physician to find out whether or not to drink cinnamon tea. That’s because there are health professionals who claim that the spice can raise blood pressure.

People who use specific medications

Those who use medication should be careful with cinnamon and consult a doctor before consuming cinnamon tea. According to researches, the coumarin present in the spice can interact with medicines such as aspirin, ibuprofen and anticoagulants, reducing or enhancing its effects, which can harm health.

There are no studies that scientifically prove that cinnamon tea is abortive, however, its consumption is not indicated for pregnant women. Existing research shows divergent results on the subject.

The spice stimulates increased contractions in the uterus, which can be a risk factor for pregnancy.

Another possible risk is that cinnamon tea stimulates menstruation, which can bring risks for an early pregnancy, especially in cases of risky pregnancy. Although there is no evidence, the ideal is to avoid drinking the drink in case of suspected pregnancy. 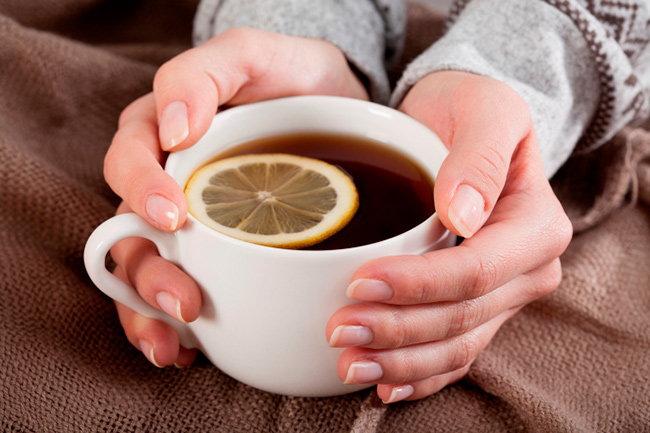 We know that cinnamon is a stimulating spice, which tends to increase circulation and body temperature, stimulating fat burning. In addition, it can cause muscle contractions, including in the uterus.

By increasing the contractions of the uterus, it can, therefore, stimulate the reduction of menstruation and also make it come with greater intensity, in order to reduce the duration of the cycle.

Stimulated contractions can promote the release of the endometrium, which is the wall of the uterus that comes loose when there has been no fertilization (ie, menstruation).

Tea can also relieve cramps. This is because most menstrual pain is caused by blood retention in the uterus, so by stimulating the release of the endometrium, blood flow increases and cramps tend to decrease.

However, it is important not to exaggerate the intake of cinnamon tea as it can cause the reverse effect.

An aromatic tea helps to warm the body and promote relaxation, being a good choice for colder days and cinnamon tea can bring several health benefits, but it is necessary to be aware of contraindications. In cases of doubt about consumption, it is important to consult a doctor.

Processed foods: what are they? Are they bad for your health?

Pregnant can have boldo tea? See if there are any risks

Egg diet: menu and risks. Do you lose weight?

Pilates: do you lose weight? See exercises and benefits of practice