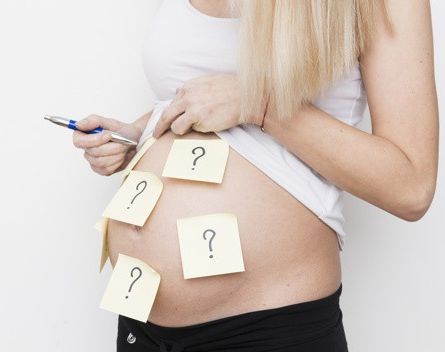 During pregnancy, there are several changes that take place in a woman’s body, and the presence of a mucus plug is one of them.

Also called Schroeder’s stopper, this plug is nothing more than mucus that forms at the entrance to the cervix. It is like a protective barrier that prevents bacteria and other microorganisms, present in the vaginal canal, from coming into contact with the fetus.

In the following text, we explain the main characteristics of the mucus plug and what it indicates. Check out!

What is Mucous Plug? 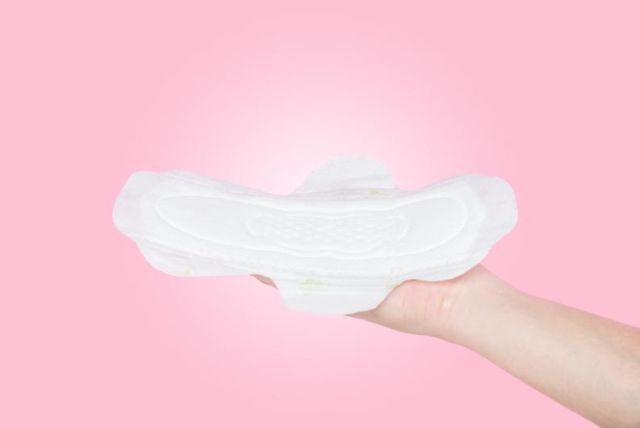 The mucus plug is like a “cork” that forms in the cervix, located at the end of the vaginal canal) during pregnancy. The mother’s body begins to produce this secretion during the first month of pregnancy. It works as a barrier in the region to protect the baby from possible infections.

This “stopper” is actually a very thick, gelatinous mucus, with a color that varies from whitish, transparent, yellowish, pink and brown. It should not have a strong, unpleasant smell or cause pain when going out.

Toward the end of pregnancy, this plug (called the mucosal stopper or Schroeder’s stopper) is eliminated.

This is an indication that the woman’s body is starting to go into the process of dilation and that contractions may soon begin for labor to begin.

The time between tampon removal and delivery can vary greatly.

In some women, the tampon comes out 2 weeks before the baby is born, in others it may be a few days before or on the same date of birth.

Therefore, when noticing that this mucus has come out, it is necessary to be extra careful about other signs of birth, such as a bursting bag and contractions.

How is the mucus plug of the pregnant woman?

The mucus plug is similar in appearance to a vaginal discharge, but the difference is that it is usually much thicker and has a gelatinous texture. Usually, the mucus color is between a pale yellow or transparent. But there are pregnant women who have a mucus plug in color variations such as green, pink and brown.

In first-time pregnant women, it is common for this secretion to be more pink or reddish, due to the presence of blood mixed with mucus.

Because they have a stiffer uterine wall, it is more common for blood vessels to rupture during pregnancy.

In women who have already had a pregnancy, the uterine wall is usually more elastic, so rupture of the vessels is less common.

Therefore, just as there are different types of vaginal discharge (brown, white, yellow, etc.), the discharge can be characterized as:

When does the mucus plug come out? 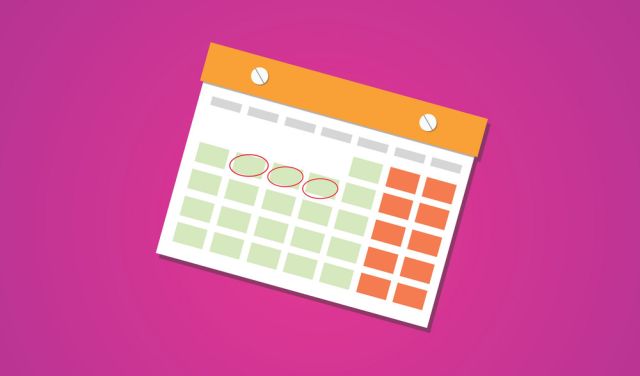 The mucus plug, in most cases, comes out when delivery is near, between the 37th and 42nd week. However, this time varies greatly. It may be that elimination occurs 1 week before or even on the same day of delivery. This depends a lot on the pregnant woman’s dilation, contractions and body.

Losing the mucus plug is a good sign for those waiting to deliver a natural birth, as it indicates that the cervix has thinned and that contractions and dilation may be on the way.

It is also important to know that this is not the same thing as breaking the pouch, as the pouch is the loss of amniotic fluid, whereas the plug is thick mucus.

Not all women notice this exit, as it can be eliminated gradually (in pieces) or not so thick, and can be mistaken for a discharge.

In rarer cases, the tampon may only come out during labor, when you are already in the hospital, or later, along with other waste products that the uterus expels after the baby is born.

Symptoms at 36th week of pregnancy

Can the tampon come off ahead of time?

Yes, but it is rarer to leave before or at the beginning of pregnancy. When this happens, it does not necessarily mean that there is something wrong with the pregnancy or with the woman’s body, it may just be a reaction to the changes caused by the pregnancy.

It’s not a good thing when this happens because of the uterus’ greater vulnerability to infections.

When the mucus plug comes out too early, this protective barrier is lost. Thus, microorganisms reach the uterus more easily.

Among the possible consequences is the early rupture of the amniotic fluid pouch.

In severe cases, therefore, it can trigger a premature birth. But before the woman gets worried, it’s important to be calm.

Losing the mucus plug too soon does not put you in a risky pregnancy situation. What is indicated is just greater care, such as wearing comfortable clothes and leaving the vaginal region well ventilated (avoiding infections).

The obstetrician must be advised so that he can guide the pregnant woman on what to do to avoid infections.

What happens when the mucus plug comes out?

When the mucus plug comes out, it is a sign that the time of delivery is approaching. It does not mean that the birth will necessarily take place in the next few hours or moments, although it is possible. But if the pregnancy is already in the final stretch, it is important to maintain care for this. The warning sign comes with the onset of contractions.

Mucous plug came out before its time. And now? Does it regenerate?

Losing the mucus plug without being close to the expected time of delivery (around 9 months) does not mean that the baby will already be born. And the elimination ahead of time is not a problem either, as it is relatively common for it to leave early, being just a sign that the body is processing the changes.

As it acts as a protective barrier between the child and the outside world, there may be an increased risk of infection.

But moms can rest assured, as the tendency is for the body to produce it again. However, it is always worth talking to professionals who accompany the pregnancy to make an adequate assessment of the condition.

Did the mucus plug come out?

Mucous plug may be different in some women. With a more gelatinous aspect, it can come out in one go and “whole”.

In some cases, it can happen that the mucus plug ends up coming out little by little.

Therefore, it is important for the woman to be attentive when going to the bathroom and notice if there is any different secretion in her panties or on the toilet paper when cleaning herself

The color also varies a little, being more whitish, yellowish, pinkish and brown.

Upon realizing that he has left, or that he is leaving little by little, the pregnant woman should pay attention to other signs of childbirth and, when having any other symptoms, she should seek medical help.

How do you know if it’s a mucus plug or a discharge? 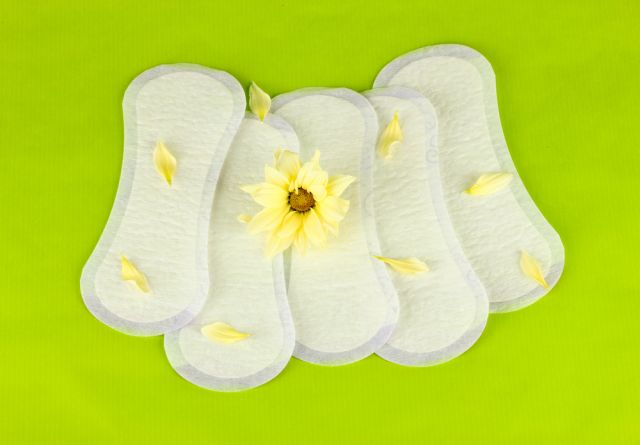 Both are a type of mucus secreted through the birth canal, but there are differences. In addition to the much thicker and gelatinous aspect, the mucus plug is released by pregnant women, usually when they are in a more advanced stage, close to childbirth. Remembering that the discharge is something common, regardless of pregnancy.

In the case of a discharge, it is normal for it to be between white and transparent, without a strong or unpleasant smell or presence of other symptoms such as itching, pain and burning in the vaginal region.

The mucus plug should also not have an unpleasant odor and other symptoms, but it may have a greater color variation without indicating that there is something wrong with the woman’s health.

In either case, if the woman suspects that the condition is not normal or if she has other symptoms, she should seek medical advice.

Is it normal mucus plug with blood?

Yes . Because it is possible to rupture some blood vessels in the region of the cervix, the mucus plug may come out with the presence of a little blood. However, it is necessary to know how to recognize when the amount of blood in the mucus is harmless and normal.

Usually, the presence of blood is very small, like a small escape from menstruation.

Therefore, if the bleeding is very different from that, that is, large volume or persistent, the pregnant woman should see a doctor as soon as she can.

Does it hurt when the mucus plug comes out?

Not . It is common that the loss of this mucus plug does not cause pain, as a very small volume of gelatinous mucus is secreted. Although it is possible to feel it coming out, it should not be something that causes discomfort and pain. If it occurs, it is necessary to seek medical advice.

Does mucus plug smell? Does it cause cramps?

Yes, the mucus plug has a characteristic odor, as some types of discharge can have. However, this smell should not be unpleasant and strong. In these cases, it is important to see a doctor to confirm that there is no infection and that everything is fine.

In the case of colic, there is no direct relationship between the mucus plug and this symptom. That is, the secretion does not cause cramps.

But cramps can occur after the packing comes off because the time of delivery is approaching.

How long after the tampon comes out is the baby born? 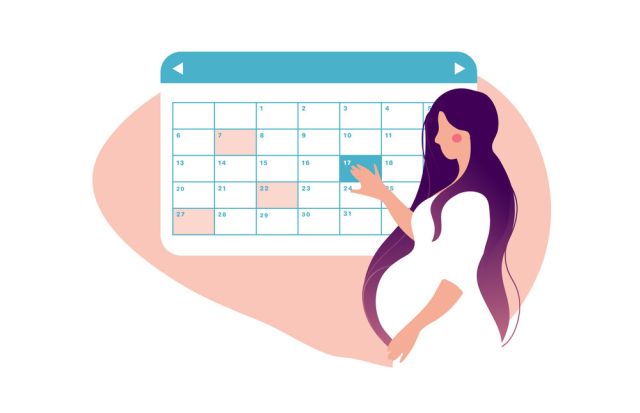 It depends . Although the release of the mucus plug is an indication that pregnancy is nearing its end, the time between secretion and delivery varies a lot for each pregnant woman.

It may take 1, 5, 10 or more days between the tampon coming out and the baby’s birth.

Therefore, the woman should be calm and pay attention to other signs of childbirth, such as contractions, dilation and rupture of the sac (release of amniotic fluid).

What to do after the mucus plug has come out?

Basically nothing. You need to be calm, as the delivery can take a few days or weeks. A nervousness or anxiety at this time can make waiting for the mother even more difficult.

The recommendation is that she pay attention to signs of labor only, such as loss of amniotic fluid (bursting bag), contractions, cramps and bleeding.

With these signs, contact with the doctor or obstetrician should be made immediately, to assess whether the pregnancy is really going to labor.

While the signs do not appear, the woman can take care of the preparations for the arrival of the baby, prepare the maternity bag and leave the important documents already separated.

For pregnant women approaching childbirth, it is important to know what the mucus plug is and how to proceed when it is removed.

This moment is a good indication, especially for those who want a natural birth.

So don’t be alarmed when you notice this mucus coming out. It is a normal condition and its presence is essential for protecting the health of the baby and the pregnant woman.